Antonella Bellina, the Italian founder and CEO of Duedilatte, is producing fabric and clothing such as shirts, underwear, and baby outfits by converting milk protein into silky fibre.

The inspiration came to her while making her morning coffee one day, when she opened the fridge, grabbed a bottle of milk, and poured it into her cup. After taking a sip, she found the milk had expired.

“I thought, ‘why do I have to throw this in the trash? I can use this’,” Bellina told NBC TV.

Having worked as a researcher in the textile industry for over 10 years, she thought, why not convert sour milk into fibre. The protein found in wool is comparable to casein, the main protein found in milk.

To produce the dairy-based fabric, the company collects spoiled milk from local farms. Afterwards, the milk is heated to exactly 122 degrees Fahrenheit and separate the whey from the protein by adding citric acid. During this stage, the product smells and looks like old lumpy rotten milk.

Once it reaches the desired temperature and texture, the casein protein is strained, dried, and ground into fine powder. The final step, says Bellina, is a trade secret, but she shares it has something to do with a “giant cotton candy spinner” that spins the powder into yarn and is finally twisted and woven into fabric.

According to the designer, one shirt takes less than half a gallon of milk to create, and the final product is “enticingly soft” and doesn’t smell like sour milk or even like milk at all.

“The first thing people do is smell it,” Bellina told NBC, laughing.

The concept of turning spoiled milk into fabric isn’t new. In the 1930s, Italian engineer Antonio Ferreti managed to produce fabric from milk as a replacement for wool due to a lack of resources.

However, the fabric was far from perfect. Early prototypes were chemical-laden, and it wasn’t as soft or durable as wool. As a result, the production of milk-based fabric came to a halt until today.

Bellina said technological advancements have allowed her to revolutionise this process.

“Our fabric is now 100-per-cent chemical-free,” she added. “Even our dyes are from natural sources like blueberries and red onion.”

According to the Italian agricultural association Coldiretti, the country wastes an estimated 30 million tons of dairy each year.

Aside from giving a second life to what most would consider waste, milk-based fabrics require less water to produce. For example, manufacturing 1kg of milk-based fibre only needs one litre of water, compared to producing 1kg of cotton, which requires 50 litres of water.

However, while fabric made from spoiled milk is sustainable, something to keep in mind is that the use of dairy makes clothing not the best choice for vegans.

Companies that use milk fibre for clothing include Uniqlo for its Heattech range, and Inner Mettle for an underwear line, which uses 40 per cent milk fibre.

Chanel launches No.1, its first-ever range of sustainable beauty products 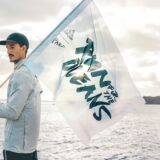