Farmers Pick has founded a unique food-delivery model that delivers a variety of fruits and vegetables rejected by supermarkets directly to consumers’ doors at cheaper prices.

Their goal is to save Aussies up to 30 per cent on their weekly fruit and veggies bills and reduce food waste by 50 per cent by 2025.

Tonnes of imperfect fruit and veg rot on farms, at a cost to Australian households of around $2500 each year. Food waste has become a national crisis, accounting for 8 per cent of Australia’s global emissions due to releasing methane and harmful greenhouse gas. However, from small seeds, big things grow. Farmers Pick is now proudly ​​leading the Zero Food Waste Movement.

“The amount of perfectly imperfect fresh produce that is left to rot on farms is astounding. We had to do something, and Farmers Pick was born,” explained Josh Brooks-Duncan, co-founder of Farmers Pick.

“The positive feedback we’ve had from our community is incredible and we’re focused on fighting the good fight to end food waste and keep prices of produce low for our customers.”

Each delivered box contains a wide variety of freshest products sent straight from the farm to the consumer. Started as a humble side hustle two years ago, Farmers Pick has grown into a fully-fledged business operated by co-founders Joshua Ball and Brooks-Duncan. The startup has attracted 4000 active subscribers and successfully delivered 60,000 boxes across two states. Farmers Pick is on the expansion, with annual revenue growth of more than 2000 per cent, and rising consumer demand for an affordable and sustainable solution.

Continuing to take profound action against the $36.6 billion food waste problem and food insecurity in Australia, the startup is calling out for crowdfunding capital and is open to receiving expressions of interest (EOI) to invest.

NSW exempts straws from plastic bans for medical and disability use 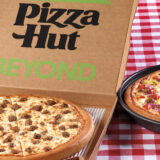